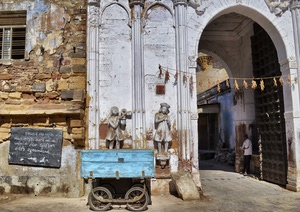 If you love Indian handicrafts, don’t miss spending some time in and around Bhuj, the capital of the Kutch region. It offers an eclectic combination of bazaars and historic buildings with atmospheric architecture dating back to the 17th century. Sadly, an earthquake caused widespread destruction in Bhuj in 2001 though. You’ll find textile dealers lining Shroff Bazaar, just east of the Darbargadh. Also take side trips to Bhujodi (a village of weavers, seven kilometers from Bhuj) and Ajrakhpur (a village of block printers, 15 kilometers from Bhuj) to meet artisans, see demonstrations, and buy handicrafts.

The remarkable Great Rann of Kutch is the world’s largest salt desert, measuring over 16,000 square kilometers. What makes it even more amazing is that it’s underwater during the main monsoon season in India. For the remaining eight months of the year, it’s an enormous stretch of packed white salt. Full moon nights are the best time to see it, and cultural programs are usually held at Dhordo then. A moonlight Rann camel safari is magical. The tourist season runs until March. 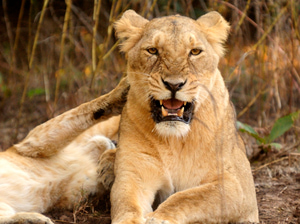 Gir National Park, one of the Top 5 Parks to See Wildlife in India, is the only place in the world where the Asiatic lion can now be found. Thanks to conservation efforts, their numbers have been increasing. Gir is considered to be the largest dry deciduous forest in western India. There’s plenty of other wildlife there, including around 300 types of birds. You’ll have the best chance of spotting a lion if you go during March until May, although to most comfortable time to visit the park is from December until March. Safaris run daily. 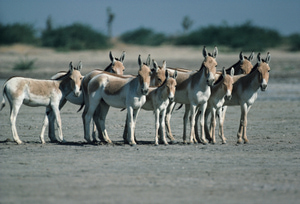 The Wild Ass Sanctuary, home to the last of the Indian wild ass, is the largest wildlife sanctuary in India. It’s spread over almost 5,000 square kilometers. One of the best times to visit is just after the monsoon, in October to November, when the grasslands are tender for grazing and foals can often be seen out playing. It’s possible to go on organized jeep and minibus safaris, and you can also camp out at the Little Rann of Kutch. 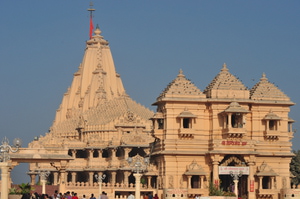 An important pilgrimage destination, Somnath is one of the 12 jyotirlinga (shrines of Lord Shiva, where he’s worshiped as a linga of light) in India. Its seaside location is powerful, the intricate carvings on its sandstone architecture are superb, and its history is fascinating. The temple was ransacked by Islamic invaders and rebuilt numerous times, with the final reconstruction taking place after India achieved Independence. Mahashivratri is celebrated in a big way there. A colorful religious fair is also held every year on Kartik Purnima (full moon night, usually in November), complete with small children dressed up as Lord Shiva and plenty of bhaang. 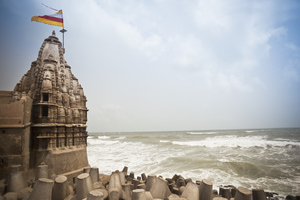 ne of the four most sacred char dham Hindu pilgrimage sites and seven most ancient sapta puri religious cities in India, Dwarka is considered to be the ancient kingdom of Lord Krishna and the first capital of Gujarat. The Krishna Janmashtami festival is a major event there. Of special importance are Dwarakadheesh Temple, built around 200 BC, and Jagat Mandir. Head down to Gomti Ghat, at the holy water’s edge, for a spectacle of decorated camels, tea stalls, and seashell jewelery sellers. 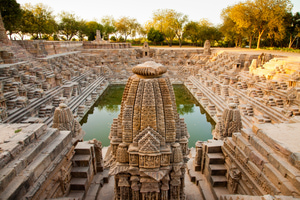 The peaceful village of Modhera is home to one of the most significant sun temples in India. Built in the 11th century by Solanki dynasty rulers, it’s dedicated to Surya the Sun God. The temple is a substantial structure, consisting of a carved stepped tank, assembly hall, and main shrine. It’s covered in intricate stone sculptures. The sanctum is positioned in a way that it receives the first rays of the morning sun at the equinox.